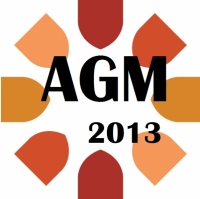 The Annual General Meeting is being held on Tuesday 30th April at Naxxar Local Council.  Hon. Dr Jose Herrera will be attending this meeting to explain the new Government's policy on Local Government.  Also attending will be the Director, Mr Carmel Abela.  Later on the AGM will elect the new Executive Committee.  Nominations for the election of the committee will be received until 11am of Saturday 27th April 2013 at the Naxxar Local Council.